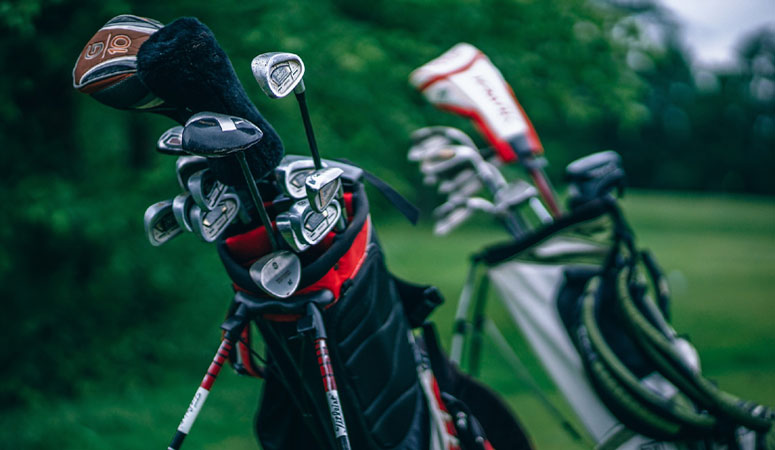 The Driver is the longest club in your bag and is used to hit the ball long distances. The driver hits a ball with a larger head and shaft diameter than other clubs, which gives it more power and distance.

The Driver also has an extra weight at its base, known as “heft” or “feel” (the amount of weight makes all the difference), so that you can get control when swinging this club.

This club costs around $200-$300 depending on where you buy it! It’s also really hard to hit because there’s such a high launch angle required for a good distance with this particular type of shot; however, once mastered they’re quite easy to get out there.

Fairway woods are designed to be used when you’re trying to hit the ball off the fairway, or in other words, they’re used for hitting shots that land on or off a green. They have a larger head than an iron and longer shafts, making them easier to hit off the ground.

Fairway woods are also more forgiving than irons because their heads don’t spin around as much when hitting a shot from a distance away from your target (this can cause missed shots).

Fairway woods are typically made with graphite shafts and steel heads; however, some manufacturers produce hybrid models which combine both materials into one club head design

Hybrids are considered a cross between irons and fairway woods. They’re used for shots that are longer than your irons but shorter than your driver, or vice versa. Hybrids can be used on most holes, whether you’re hitting from the fairway or playing from deep rough.

Hybrid clubs have a cavity in the sole of each clubhead that allows it to slide through grass and other obstacles while still maintaining effective distance control and accuracy.

Irons are the most used golf club, and they’re also one of the most versatile. They can be used for any shot on a course, from your short game to your long irons.

Wedges are used to play shots that require a high degree of control. They can be used to hit shots where the ball is struck at an angle and requires the golf club to spin away from the target.

There are different types of wedges available in the market, such as sand wedges, lob wedges, and gap wedges which are designed for different uses.

Sand Wedge has a lofter than that of other wedges while gap wedge has lower lofting than other types. The best way to choose an appropriate type of WEDGE is by checking its loft which should match easily with any shot you will want to hit during your gameplay.

Putters are the smallest club in your bag and are designed to be used from within 60 yards. They have a high loft, a deep face and are often made with a flat sole that cocks back as you swing. They tend to have small heads with low trajectories due to their short length & small head size (i.e., they don’t hit very far).

Are there any other types of golf clubs?

Yes, there are other types of golf clubs, such as hybrids, which are a combination of woods and irons, and long irons which are similar to woods but have a smaller head and a longer shaft. These clubs are designed to work as a ‘rescue’ from a poor lie.

It’s also worth noting that golf club composition has changed over the years. Nowadays, you can see a variety of materials from traditional wood/iron to graphite and carbon fiber shafts, and a variety of head constructions like titanium, tungsten, and others to adjust for various player swings and needs.

What are the main types of golf clubs?

The main types of golf clubs include woods, irons, wedges, and putters.

What are woods used for in golf?

Woods, also known as fairway woods, are used for long-distance shots, usually off the tee or from the fairway. They have a larger head and a longer shaft than other clubs, which allows for more power and a higher trajectory.

What are irons used for in golf?

Irons are used for a variety of shots, including approach shots, chip shots, and bunker shots. They have a smaller head and a shorter shaft than woods, which allows for more precision and control.

What are wedges used for in golf?

Wedges are a type of iron and are used for short-distance shots, such as getting out of bunkers, pitching onto the green, or chipping around the green. They have a higher loft angle than other irons, which allows for a higher trajectory and more spin on the ball.

What is a putter used for in golf?

A putter is used for making strokes on the green to roll the ball into the hole. They have a flat face, shorter shaft, and low loft angle compared to other clubs which allows for a smooth rolling surface and minimal to no lift.

The golf club is the most expensive item of golf equipment the golfer will purchase. It is important to understand what each type of golf club does and how it works before purchasing them so that you can make an informed decision about which ones would be best for your game.